A vital element of the LMAX Exchange business strategy

Through the powerful platform of corporate sponsorships, we communicate our company values and our ambition to drive positive change in the world around us. Our goal is to build credibility, reinforce our brand proposition in global capital markets and celebrate hard work and willingness to challenge the status quo.

We focus on projects that drive positive change – we do things differently. We believe passionately that no team is too small, too young or too inexperienced to succeed – and it’s this philosophy that has helped propel us to the forefront of the FX industry.

LMAX Group is proud to be supporting the K+C Foundation’s (KCF) Covid-19 appeal which brings desperately needed funding and resources to local initiatives that are tackling the most urgent needs as a direct result of this crisis. We have been based in W11 in the Borough of Kensington & Chelsea for over 10 years and feel it is our responsibility to not only look after our employees but also to help the underprivileged and vulnerable within our local community where possible. We would encourage other local businesses, that have the means, to support this important cause in any way they can. The KCF is the right local partner who care as much about making a difference as we do and we’re looking to build a long-term partnership with the KCF and will be supporting them in the medium term with youth work and other local initiatives. #inthistogether #thankyouNHS LMAX Exchange is proud to be the prime sponsor of LMAX Exchange Everest Rugby Challenge. Hosted in partnership with Wooden Spoon, the UK’s leading children’s rugby charity, the challenge will be taking place in April 2019 and will mark the first-ever attempt to set two Guinness World Records for the highest altitude rugby matches on Mount Everest. The LMAX Exchange Everest Rugby Challenge will aim to raise a minimum of £200,000 for Wooden Spoon, a charity committed to transforming the lives of disadvantaged and disabled children and young people across the UK and Ireland through the power of rugby. – more LMAX Exchange is excited to be supporting the Route du Rhum – a 3,500 mile transatlantic race from Saint-Malo in France to Pointe-à-Pitre in Guadelope. The boats will set sail on Sunday, 4 November with Olivier Cardin, the skipper of the Région Normandie-LMAX Exchange racing against more than 120 skippers and arrive in Guadeloupe on 2 December 2018. LMAX Exchange is committed to supporting the local community and welcomes the opportunity to sponsor the Disability Sports Coach Summer festival on 27th July 2018. The Summer Festival is a sporty celebratory event for the Community Club members and other disabled Londoners. LMAX Exchange is proud to be a supporting partner of GB Wheelchair Rugby (GBWR). The partnership will assist with the funding of GBWR as the team prepares for the 2017 European Championships in Germany and the 2018 World Championships in Australia. – more 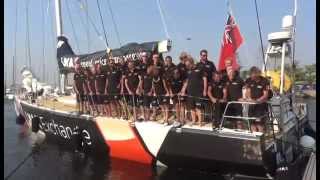 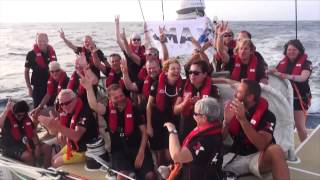 prev next
LMAX Exchange continues its extreme sporting prowess by sponsoring a team in the biennial Clipper Round the World Yacht Race. The race, recognised as one of the hardest endurance challenges in the world, reflects the LMAX Exchange company values of ambition, teamwork and innovation – more 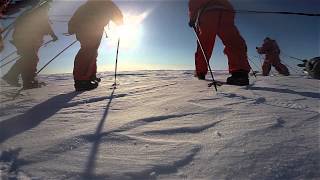 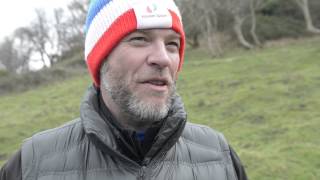 prev next
David Mercer, LMAX Exchange CEO, and a team including several ex-professional national rugby players, officially broke a Guinness World Record by playing the northernmost game of rugby ever attempted – at the North Pole. The game, which took place in April 2015, was the final feat at the end of a gruelling 100 mile trek through the Arctic to raise money for Wooden Spoon, the official Children’s Charity for Rugby – more

Dedicated to the ultimate in execution performance, LMAX Exchange was proud to have been a co-sponsor of British Athletics’ Sainsbury’s Anniversary Games held at Horse Guards Parade in London on Sunday 20th of July 2014 – with some of the best athletes in the world, producing outstanding performances